Racial Neutrality Is Not The Same As Racial Equality

“Colorblindness” has long been touted as the end game in America’s quest for racial equality. Since debuting in John Marshall Harlan’s dissent in Plessy v. Ferguson, colorblindness was reintroduced as the intellectual framework for our laws and social programs in the post-civil rights era. With additional scrutiny, however, “colorblindness” as an ideology is fraught with inherent constraints that make it a less than desirable pursuit. Consider the points below.

“I don’t see color/race” is a statement made almost exclusively to Black, Indigenous, People of Color (BIPOC) folx. This belies the crux of the assertion because if you are not making this statement to everyone you encounter, including all white people, then the comment is, in fact, only triggered when you see race/color.

“Racial colorblindness” is an inherently flawed analogy to actual colorblindness (it’s also ableist because it hijacks the emotive currency inherent in that language without doing a single thing to advance the efforts of the disabled community). As Critical Race Theory scholars point out, biological colorblindness involves never perceiving color in the first place which is materially different from experiencing a stimuli then choosing (or attempting) to disregard it. The choice to disregard necessitates a consideration of all the things you wish to disassociate from the subject making it clear that you not only see race but are also intimately aware that there is meaning attached to skin color in our society. It is the meaning that transforms skin color into race. 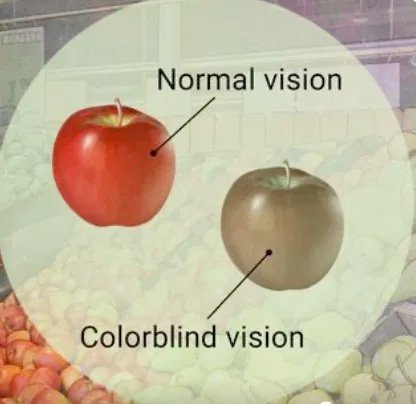 The very act of making the statement undermines its point because if nothing were wrong with my race, you wouldn’t have to not see me in racialized terms. What you mean to say is that you don’t associate any of the negative stereotypes about race with me. Stereotypes you had to consider in the first place in order to disassociate them from me.

Colorblindness is a framing that conflates equality with neutrality and racial neutrality is dangerous. The Colorblind Ideology posits that fairness looks like feigned ignorance. Unrealistic ignorance of racial history, of racial stereotypes, and of racial anxiety. Colorblindness asks us to pretend that we operate in a world where race does not exist while making decisions with the full knowledge of it and often contingent on its very realities. Colorblindness provides cover for the parts of our societal identity that we wish did not exist. It does not render those parts non-existent. People who adopt this ideology refuse to acknowledge that distinction.

“Colorblindness” alludes to a facade of racial neutrality that is impossible to achieve or sustain in a society that was designed largely predicated on race. This is the same reason “not racist” isn't a tenable position in the quest for racial equity. Racism is embedded into the DNA of America. Before we codified freedom of speech or the right to bear arms in our constitution, we decided that in order to be eligible for citizenship, you had to be a free white person. America expressed an explicit preference for whiteness. Our founding documents literally assign numeric value and life prospects to the lives of people based on race. If that’s the origins of the place that molded you and those origins have shaped and influenced everything that’s come after it, neutrality is impossible. You either actively work against that notion or you succumb to it. There’s no neutral third position (and who'd want to be neutral on an issue like racism anyway?).

Think of racism as a weed. You either uproot it or it flourishes. You don’t have a garden full of weeds suffocating your roses then claim neutrality. If you don’t work to remove it, you want it there. These simplistic notions of racial colorblindness cannot withstand critical thinking! I hope these points give you some tools to meaningfully engage other people who use this rhetoric! Happy learning:)